Allsure Insurance is a second generation family owned and operated business, with more than 122 years of combined experience. We have a head office in Geelong, Victoria and mobile operations based out of Hobart, Tasmania.

We are authorised brokers of Community Broker Network Pty Ltd.

With access to Australia’s largest insurance companies, wherever you are in the country, you get great family-business style customer service with national coverage.

Allsure Insurance was founded by Ian Donaldson in 1986. Ian began his insurance career with NZI, which became CGU.

“We’re very happy to have retained our team as it goes a long ways towards retaining our clients, as well.”

Ian’s son, Aaron Donaldson said “After 27 years at NZI, Dad said to Mom (who then worked in a butcher shop), ‘don’t go into work on Monday, we’re starting in insurance. And that’s what they did, Ian and Christine built a business from nothing, from the ground up. 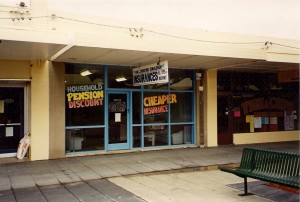 “I joined the business after completing year 12 (more than 20 years ago for those keeping count) so as not to ‘laze around’.

“My sister Melissa joined the business shortly thereafter as well – mind you, she had four children and a business of her own at the time, so it actually ended up costing her $50 a week in childcare!”

Aaron and Melissa bought their parents out of Allsure in 2007 – a hectic month as they bought a business and moved office all in the same month (they couldn’t list their address in the yellow pages at the time). Previously the business was known as Station St Insurance Agency, but changed to Allsure Insurance after the relocation to avoid confusion about the office location. Last year, Allsure Insurance was pleased to expand their practice interstate with a mobile operation based out of Hobart and servicing all of Southern Tasmania.

Melissa Donaldson noted “nine years later, we’re both still co-directors of the business, plus five staff, some who have been working with the business for twenty years! We’re very happy to have retained our team as it goes a long ways towards retaining our clients, as well.”

Part of the community 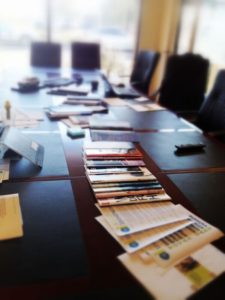 With 30 years of Geelong and Bellarine Peninsula heritage, Allsure Insurance is proud to be an active part of the community. We sponsor local clubs, including Manifold Heights and Barwon Heads Cricket Clubs, and are heavily involved in the Tour de Cure. To read about the event, to get involved or even to make a donation, click here. 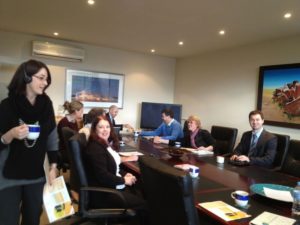 We also offer out our boardroom to local not-for-profit groups, sporting clubs and our clients. Contact us to find out how to take advantage of this space.

Over many years we’ve also developed a great network of like minded businesses. If you are in need of help or advice regarding
a local query, ask us as we might know the right people to talk to: finance for cars or machinery, home loans, accountants, life insurance, superannuation, web design, builders, mechanics, or even recommendations on the best cafes in town.